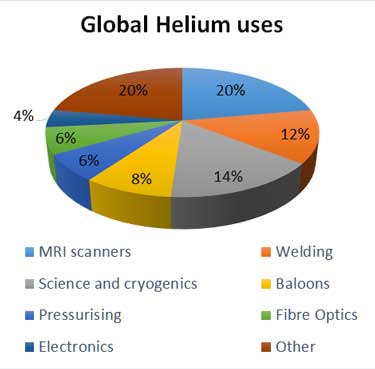 Helium is perhaps best known for its use in party balloons, which is a waste of the element.

Helium is also used in lighter than air transport such as Airlander. The NHS use an enormous volume of helium, allowing some 700 scanners-to perform 3m scans per year, the supply shortage and ever-increasing cost should be an issue for the UK government. Helium is also used in leak detection, welding, diving and in the computer and in space industries.

Perhaps the more interesting and current use of helium relates to the Transition where great quantities are needed for fusion research. Helium is also used as a coolant in windmill gearing. 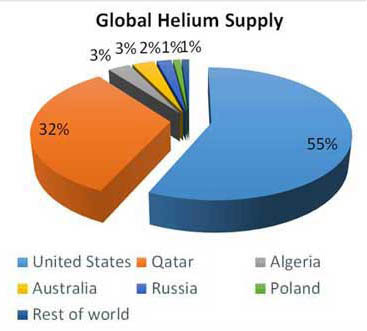